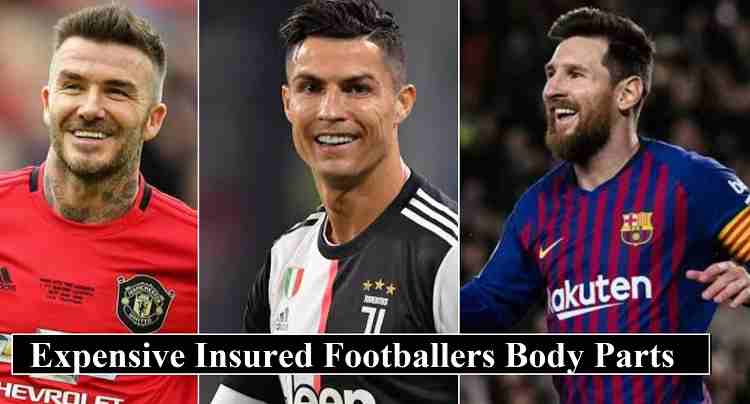 To be fit in football it’s not an easy task. Some football players insured their body parts and they are worth of millions of dollars. Football players well aware of the injuries and career ending injuries. See the list most expensive insured body parts of footballers who are active and retired.

Lionel Messi currently ranked among the best footballers in the world. He already made his name in richest footballers and athletes worldwide. In 2018, sports blog released the details of most expensive athletes body parts insurance. Messi insured his legs for (€750 million).

David Beckham English football legend. He retired from football in year 2013. According to sources of football, his legs insurance policy value is upto (€177 million). Beckham retain among the highest paid footballers even after retirement on base of endorsement earnings.

If we talk about highest paid footballers in the world Cristiano Ronaldo leads the list with annual salary and endorsement earnings. His legs insurance valued for (€103 million) reported in 2018. Ronaldo suffer injuries throughout his career but not any major one or career ending.

Manuel Neuer highest paid goal keepers in the world. He signed multi-millionaire contract with Bayern Munich. His hands insured for €3.90 million which bring his name among most expensive insured body parts of sports athletes list. He is playing for Munich since 2011 and hopeful to get selected for Euro 2020.

The details of the players insured body parts of footballers collected from trusted sources. In 2018, sources released the list of most expensive insurance policies of sports athletes and celebrities. All footballers information based on the public reports.