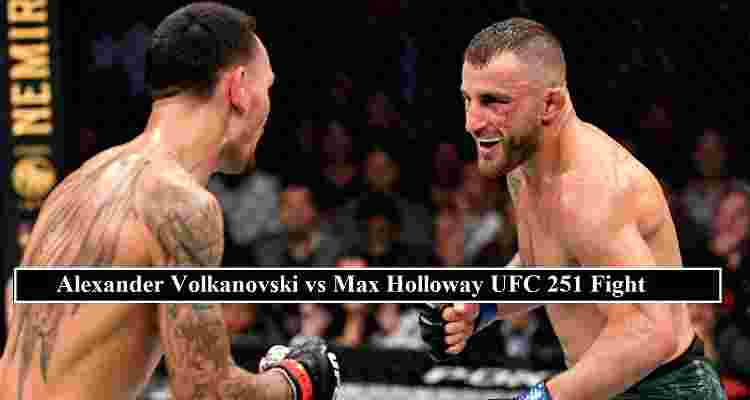 UFC 251, main fight card confirmed, according to reports the co-main event held between Australian mma fighter (Alexander Volkanovski) and Max Holloway. Its re-match between both of them after UFC 245. In Decenber 2019, Volkanovski win the fight on unanimous decision claimed the UFC featherweight championship. Volkanovski Holloway highlights and official scorecards updated here later.

Holloway who become the interim featherweight champion after winning fight from (Anthony Pettis) in 2016. He had successfully defended 146 pound title three times after winning it in 2017 from (Jose Aldo). Max Holloway is favorite for the fight against (Volkanovski) but he lost the fight and title to Australian MMA fighter.

Alexander Volkanovski one of the most improved fighter in UFC. He is currently holding record of unbeaten run in UFC since making debut in 2016. He won back to back seven fights before, facing Holloway for the featherweight division championship in 2019. Volkanovski set a good fight in the first round and landed 27 strikes on Holloway that later become the turning point the match.

After a year, their fight re-schedule at UFC 251, both of them were in great form and made difficult for mma analyst to chose. Once the fight over Volkanovski Holloway highlights round to round and results provided here. The UFC 251 broadcast on channels (ESPN, BT Sports, DAZN) in UK, Ireland, United States, Italy, and Germany.