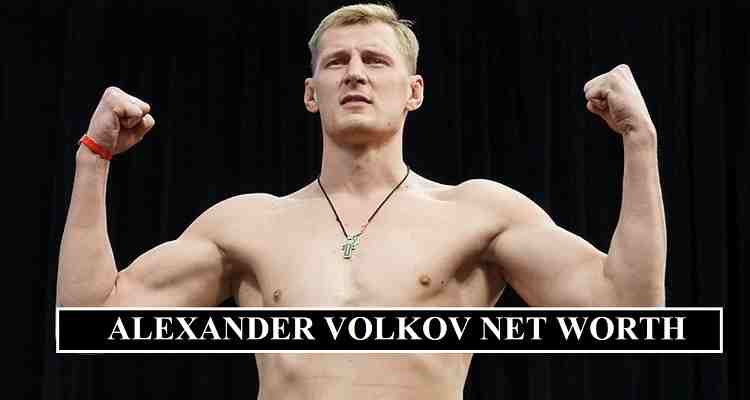 Alexander Volkov mixed martial arts fighter from Russia. He is currently active roster in UFC. He signed the contract deal with UFC in 2016. He made professional debut in mixed martial arts fight from (M-1 Challenge). According to reports, In 2009, won debut fight against (Nikolay Pleshakov) and made $5,000 from the fight. Alexander Volkov net worth reported ($1.57 million) in year 2019.

Volkov rise to fame as mixed martial arts fighter in year 2012, he signed contract with “Bellator” won debut fight in the main event card against (Brett Rogers). A source, revealed Volkov make $10,000 which include $5,000 winning bonus from (Bellator 75) fight card. He become Bellator world heavyweight champion after defeat (Richard Hale) in tournament final. His earnings in Bellator increased $10,000 to show and $10,000 for winning the fight.

Alexander Volkov Purse Per Fight ($85,000) : Volkov start making big money from mixed marital arts events. His earnings double after joining UFC in year 2016. After signing deal with UFC, his debut fight schedule with (Timothy Johnson), which he dominates, after the fight all salaries were revealed, and according to mixed martial arts sources, Volkov make ($27,500) from the fight. The first fight of UFC 2020, Volkov schedule at (UFC on ESPN 11) main-card against (Curtis Blaydes).

All information regarding Alexander Volkov gathered from top sources of mixed martial arts. The details of his fight earnings updated here after each event.