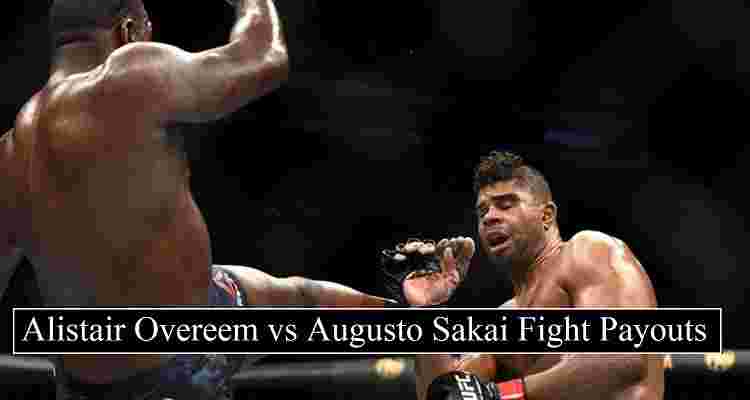 There is a big number of fan increment for Ultimate Fighting Championship. A major reason is that events held during the covid-19, two big pay-per-view take place UFC 249 and UFC 250 behind the close doors. This week UFC return with a major pay-per-view fight between Alistair Overeem and Augusto Sakai at UFC on ESPN+ 34. Overeem Sakai purse payouts based on the pay-per-view sales and contract terms signed with promotional company.

Alistair Overeem, recently defeat Walt Harris in the main pay-per-view card of UFC on ESPN 8. According to reports from mma sources, Overeem earn $400,000 straight money for the fight, it’s the lowest money he received in last two years. Back in 2019 and 2018, for all major fights Overeem made ($850,000) which include pay-per-view bonus share.

Augusto Sakai received career highest payment for the fight against (Blagoy Ivanov). His earnings for the main-card fight against (Alistair Overeem) improved to $110,000 guaranteed, winning the fight increased his payout to $250,000 including sponsorship money.