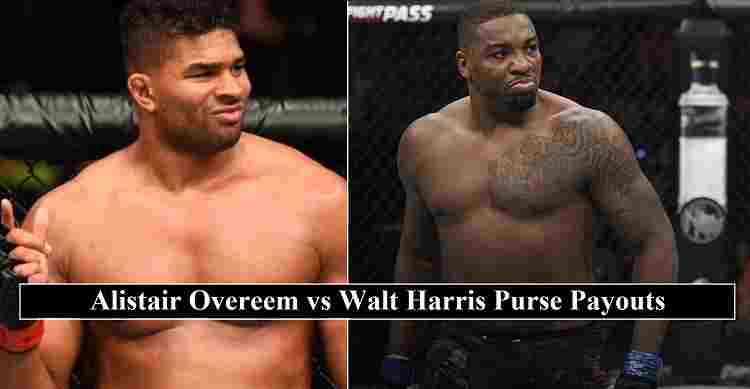 In the above table you can see the expected salaries for the both fighters. Alistair Overeem returning to the UFC ring after 2019 December. In previous fight according to news sources, Overeem earned $850k per fight. Currently no details released how much he will earn this week at UFC on ESPN 9. Because the fight take place behind the close doors, so zero audience for the event no gateway collection that may effect fighters salaries.

Some fighters earn pay-per-view bonus which is based on event tickets sales. Overeem may earn highest purse money as much as (Tony Ferguson) earn for UFC 249 main card fight $500k. His opponent, Walt earn maximum $200k based on winning bonus and performance of the night bonus. Last year from two fights, Overeem earn $1.7 million and earnings might exceed on base of PPV sales revenue.

The above information based on both fighters expected salaries, for the upcoming fight night of UFC gathered from top sources of MMA. Once the fight completed the details will be updated later on base of bonus and winning earnings.