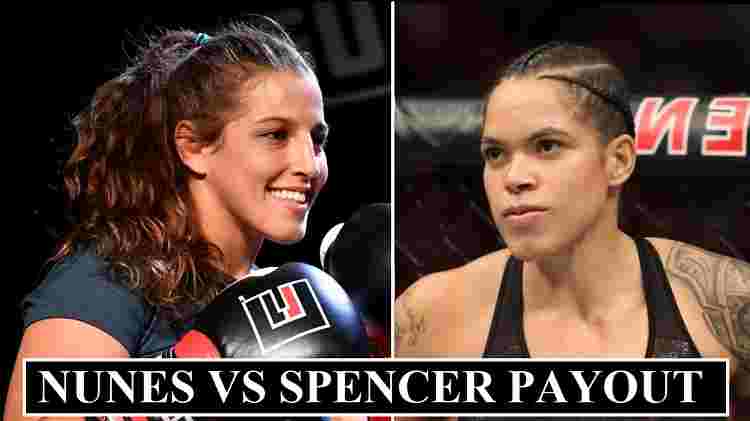 UFC events taking place after each, the next big event (UFC 250) all set to go on 6th June 2020 at UFC Apex center. The main card fight for UFC 250 confirmed, according reports, Nunes defend her title against (Felicia Spencer). The Brazilian mma star (Nunes) undefeated since 2015, after defeating Shayna Baszler, who is currently active roster of WWE. Nunes Spencer purse payouts for UFC 250 confirmed.

After winning fight from Germaine de Randamie, Nunes earned $490,000. A report revealed that she make $350,000 guaranteed money, $100,000 winning bonus and $40,000 earn from endorsements. This time she will fight without audience, behind close doors. After back to back wins in UFC, Nunes this week make maximum $590k which include $500,000 guaranteed money. But this currently estimated amount, once the fight is finished details of her from the fight updated here.

Felicia Spencer in 2019, made UFC debut, she won her opening fight against (Megan Anderson). After the fight it was reported, that Spencer make $13.5k from it which include $3,500 promotional bonus. Same year, in 2nd fight against Cris Cyborg, she face her first UFC career defeat. In February 2020, her first fight schedule with (Zarah Fairn Dos Santos), this time Spencer dominates her opponent and finished the fight in first round and earn a title shot for her self at UFC 250 against Amanda Nunes.