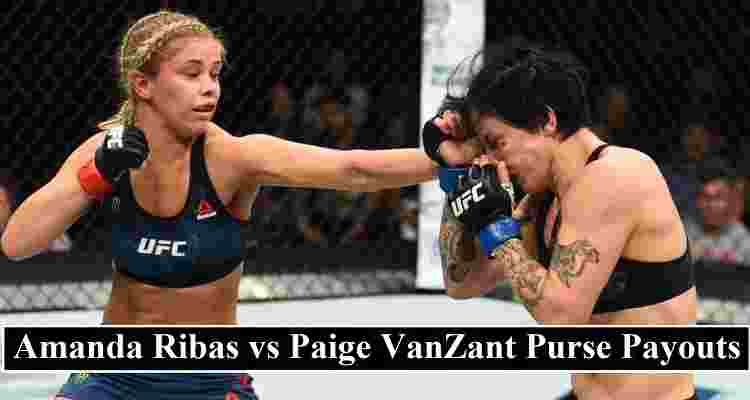 Biggest UFC fight card schedule during the corona-virus pandemic. Paige VanZant return to UFC after long break. A source revealed that, VanZant will face (Amanda Ribas) in Flyweight division. The venue of UFC moved from United States to Dubai, United Arab Emirates. Both female fighters face at fight island owned by UFC in UAE. Ribas VanZant purse payouts compare to their previous fight will be higher.

The fight between Ribas and Paige earlier set for May 2020, at UFC fight night 170. According to news reports, VanZant forced to pull out of the fight card due to injury in her right arm. She later, said that injury is small and recover with in 6-8 weeks. Later she was replace with Randa Markos for the fight night 170 pay-per-view card.

Amanda Ribas, 26 year old Brazil mma fight made debut in 2019. She received $12,000 to show and $12,000 for winning the debut fight. Her purse money increased $24,000 for the upcoming 2020-21 fights. Once the fight take place in UFC 251, the details based on both fighters purse payouts updated based on sponsorship earnings and bonus money. The detail of both fighters Ribas VanZant purse payouts updated after the fight.