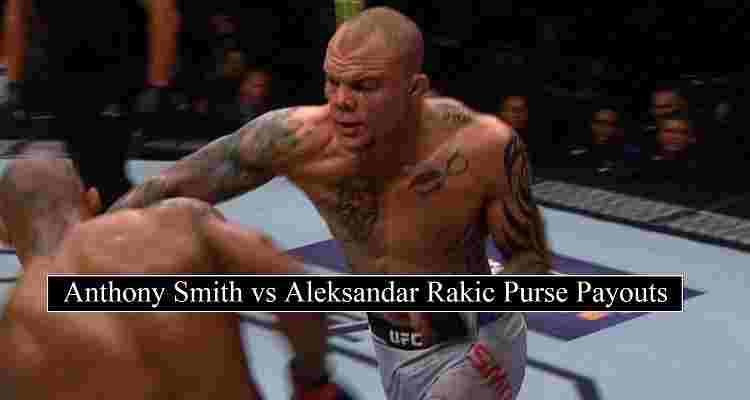 UFC on ESPN+ 33 fight card confirmed and announced the main card fight take place between Anthony Smith and Aleksandar Rakić. In the past fight Anthony Smith suffer defeat from (Glover Teixeira) at Fight Night 171 according to reports he made $131,000 from the fight. Aleksandar Rakić made debut in 2017 in the main-card of Fight Night 115.Smith Rakic purse payouts based on their contract deals with promotion and pay-per-view sales.

Smith return to UFC ring after May, it’s a great chance for him to make successful comeback. For the upcoming fight Anthony Smith will received $150,000 guaranteed money and his earnings will be double if he managed to defeated Aleksandar Rakić in the fight.

Aleksandar Rakić, hold great record in UFC, his winning streak since making debut in year 2017 ended by (Volkan Oezdemir) at the main-event of (Fight Night 165). He lost the fight from Oezdemir and according to reports earned ($22,000) straight money and $5,000 sponsorship bonus.

Full information regarding to Smith Rakic purse payouts confirmed after the fight on base of fight of night bonus and performance of the night bonus if they got selected for it.