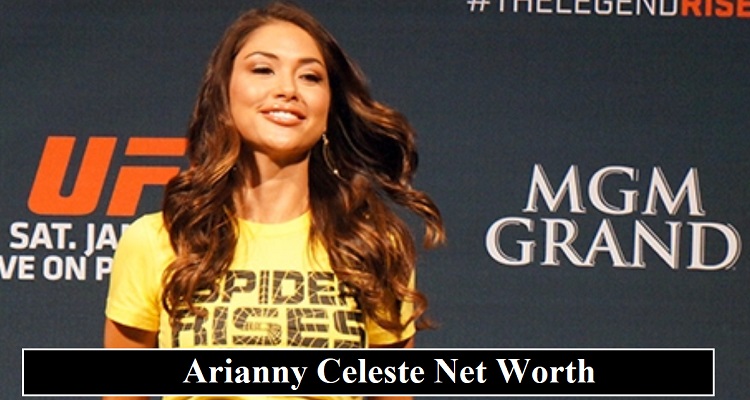 Arianny Celeste one of the highest paid UFC octagon girl in last few years. In 2006, she become ring girl for the first time main pay-per-view card at Hard Rock Hotel and Casino. The same year she gain huge popularity and become the “2006 Ring Girl of the Year”. In 2008, MMA awards, Celeste awarded with (2008 Ring Girl of the Year). Arianny Celeste net worth reported $3 million.

Celeste become highest paid ring girl in year 2015, a sports site revealed that Celeste make ($1 million) a year which is 25% more than women fighters earn in mixed martial arts. A news magazine reported in year 2015, that ring girl hardly make (18,000) in a year. But once they get spotlight, endorsement companies signed them for endorsing their products on their social media channels and advertisements. A ring girl who appeared during the rounds earn maximum ($1,000) and for main-card fight a sources reported ($5,000) they get paid.

Arianny Celeste Base Salary ($1 million) : Her base salary reported $1 million in 2020. She is one of the most marketable ring girl in mixed martial arts today. Celeste make big money from her endorsement deals and magazine cover appearances. She got 3.3 million followers on Instagram and also on other social media channels. Some earnings these rings girls make after endorsing products on their social media officials accounts. Become one of the top paid ring girl from endorsements after covering on fashion magazine such (Maxim, FHM, Sports Illustrated). In 2012, Celeste make her debut as professional actress and appeared as herself in movie “Here Comes the Boom”. She get main cast role in the movie “Girl House”.