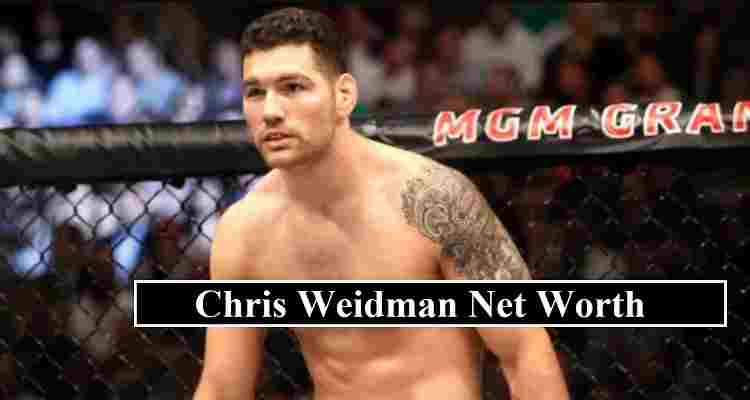 Chris Weidman made professional career debut in year 2009 from the fight against Reubem Lopes. He earned his first victory through submission move against (Lopes) at Ring of Combat. After four back to back fights during the year 2009-10, Weidman signed with UFC on base of his performance. Chris Weidman net worth reported $3 million in year 2019 while another source reported his financial data upto ($5.5 million) including endorsement earnings.

Weidman currently hold his contract with UFC, his fight in 2020 calendar announced, he will take on Russian mma fighter (Omari Akhmedov) at UFC Vegas 6.In year 2015, Weidman earn per fight upto $500,000 which include $250,000 to show and $250,000 for winning the fight. He become the best paid fighter alongside Conor Mcgregor, Brock Lesnar, and Jon Jones. After losing fight from (Luke Rockhold) every thing changed for Weidman and he lost back to back 5 five fights out of last 6 bouts in UFC career.

The upcoming fight of Chris Weidman announced at UFC 261 ESPN+. According details he will face opponent (Uriah Hall) and his UFC 261 purse reported $400k guaranteed no win bonus included. More details regarding to Weidman earnings updated based on performance of the night bonus if he got selected for that on 24th April 2021.