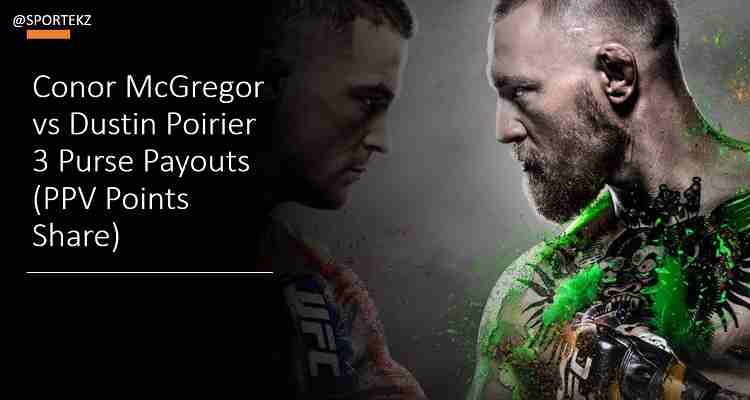 Conor McGregor hold top contract deal with UFC and will earn guaranteed purse $3 million for the fight, his opponent Dustin Pirier earn guaranteed purse of $1 million for this fight. There will be pay-per-view points share for both (60/40), if the pay-per-view sales stay strong at the end of the fight card, Mcgregor pocket $15 million including ppv share points and Poirier earn