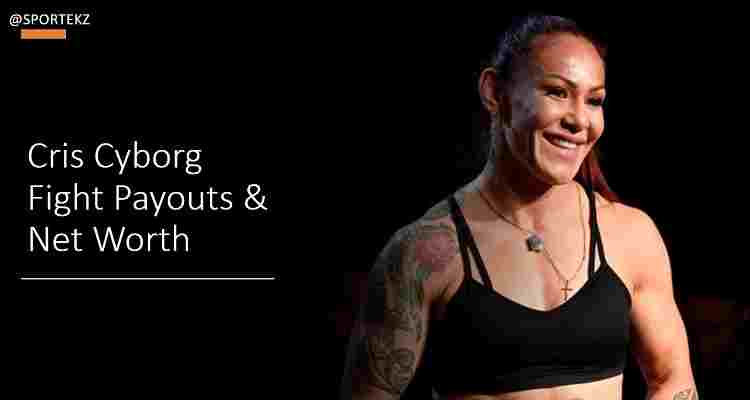 Cristiane Justino Venâncio, well known as (Cris Cyborg) in mixed martial arts sports today, she is from Brazil currently hold contract deal with Bellator fight promotions in 2020 after her contract with UFC ended last year. She is currently highest paid fighter in Bellator after signing new deal with fight promotions. Cris Cyborg net worth reported $5 million by a source in 2019.

Cyborg made her pro career debut from (Show Fight) fight promotions in 2005 from Brazil, but rise to fame as female mixed martial arts fighter joining (Strikeforce) fight promotions in 2009. She take the spotlight after winning her first title fight in Strikeforce against Gina Carano in 2009. After the fight it’s been reported that Cris Cyborg earned $25,000 to show and $25,000 for winning the strikeforce fight against Gina Carano.

Cris Cyborg Purse Per Fight ($350,000) : Cyborg in 2016 signed most expensive contract deal of her career, she reportedly earn $120k for the first debut UFC fight in 2016 against Leslie Smith at UFC 198. But later, her contract payout improved $500k a fight, she earned $2.8 million record payments from her career at UFC. She received $500k for Nunes, Holm and Tonya Evinger fight.

The above details regarding to Cris Cyborg career earnings taken from trusted sources and updated regularly after her each fight in Bellator.