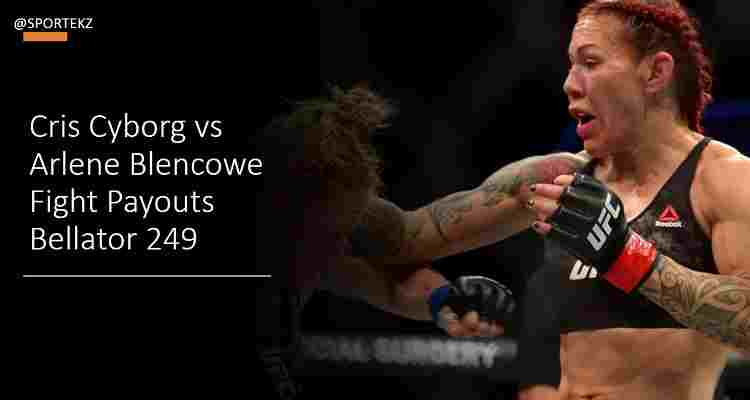 In 2020, Cris Cyborg moved from Ultimate Fighting Championship to Bellator, she earned her first title shot at debut fight in Bellator 238 main-event card against Juila Budd. In the debut fight, Cyborg managed to defeat Budd and after the fight the payout details of the released by Nevada Athletic Commission. According to released data, Cyborg received $250k purse and Juila Budd remain highest paid with $350k. Cyborg Blencowe purse payouts confirmed for Bellator 249.

Cris Cyborg, who won 22 professional mixed martials arts fight at different fight promotions including, UFC, Strikeforce, and Bellator, returned to the ring after six months, her upcoming fight schedule with number one contender from Australia (Arlene Blencowe). It’s been reported that she will make $350k for the title fight defense at Bellator 249 at Mohegan Sun Arena on 15th October 2020.

Arlene Blencowe hold professional win record of 13 fights in mixed martial arts, she would be a tough opponent for the Brazilian mma fighter (Cris Cyborg) at Bellator 249 for women’s featherweight division title. In 2019, Blencowe defeat two fighters (Amanda Bell) and Leslie Smith to earn number one contenders place to get title shot against Cris Cyborg, she waited more than eight months for this fight.

The above details regarding to Cyborg Blencowe purse payouts based on their fight contract with Bellator promotions. If any changes regarding to purse at Bellator 249 reported it will be updated here later.