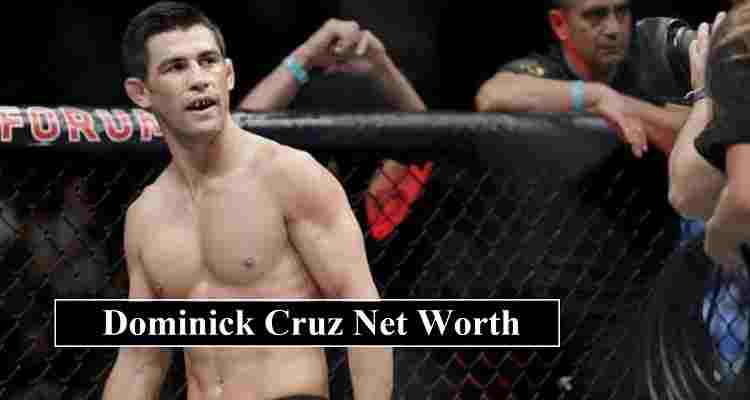 Dominick Cruz two time UFC Bantamweight Champion and f World Extreme Cagefighting bantamweight title holder will be back in action. He is active in his mixed martial arts career since 2005. In the start of his career Dominick Cruz fight in the events of Rage in the Cage. After back to back successful wins at Rage in the Cage matches, Cruz signed new deal with (World Extreme Cagefighting). Dominick Cruz net worth $1 million throughout his career revealed in year 2019.

He suffered defeat in his debut fight of WEC (world extreme cagefighting) from Urijah Faber. A year after that, in 2008, his next fight schedule with (Charlie Valencia) and Cruz this time managed to defeat opponent. According to details he make $15k from the fight which include $7,500 to show and $7,500 as winning bonus. After winning fights in row, Cruz gets a title fight and defeat (Brian Bowles) for WEC Bantamweight Championship make $20,000 from the fight according news sources. His earnings include $10,000 guaranteed purse money and $10,000 winning bonus.

Dominick Cruz Purse Per Fight ($350,000) : In 2011 he signed deal with UFC. In debut fight, Cruz defeat Urijah Faber after five rounds at UFC 132. After the fight, his earnings revealed, according to reports, $115k paid to Cruz which include $75,000 bonus money. In start of year 2020, Dominick Cruz career earnings revealed, according to the report, Dominick Cruz make $1 million from last two fights in 2016. In 2020, he is returning to the ring for title match against opponent (Henry Cejudo).