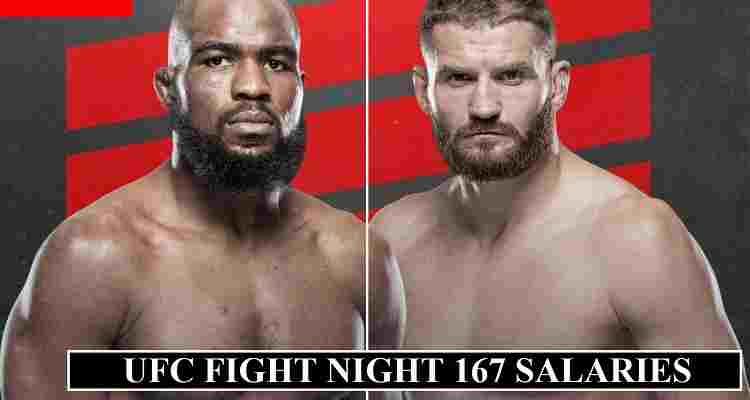 After successful UFC 246 and 247 events the upcoming event is Fight Night 167. The main card for the fight night 167 announced a month ago. Corey Anderson taken on challenger Jan Błachowicz. In welterweight division Diego Sanchez taken on opponent Michel Pereira. The purse payouts salaries fight night 167 updated here after the event.

In the above table you can see, the salaries and bonus earned by the fighters from the UFC fight night 167. According to reports Corey Anderson and Jan Błachowicz higher than others. Blachowicz earn ($34,000) after facing defeat at UFC 191 from Anderson. This is second time both of them getting back to the ring. According to the reports the winner from the fight grab a chance to compete with Jon Jones or Dominick Reyes.

The co-main event for fight night 167 set between Sanchez and Pereira. The three round bout set for UFC hall of fame (Diego Sanchez). Montana De La Rosa facing her opponent at fight night 167 (Mara Romero Borella) from Italy. The fight coverage announced, all matches telecast on ESPN channel. The fighters selected for the performance of the night received ($50,000) as bonus. More details about the purse of all fighters provided here after the main event finished.