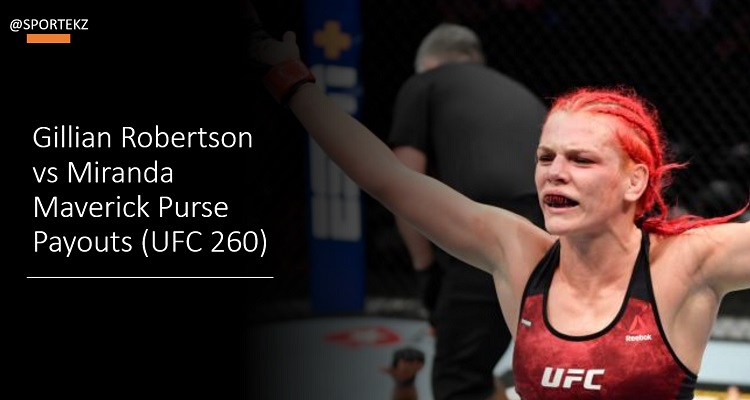 Gillian Robertson active and hold contract with UFC since October 2017, she recently lost her fight from (Taila Santos) at UFC Fight Night 183 pay-per-view card. It’s a great opportunity for her get a good start of UFC 2021 season.

Miranda Maverick, after leaving in Invicta in 2020, signed new deal with UFC promotion, she made debut against Liana Jojua at UFC 254, win the fight on knockout decision. She’s returning to the ring after 2020, second time and her opponent confirmed (Gillian Robertson). Reports confirmed, that she will make $12,000 guaranteed money and $12k as of winning bonus. If any changes made to Gillian Robertson Maverick purse at UFC 260 payouts details updated later.