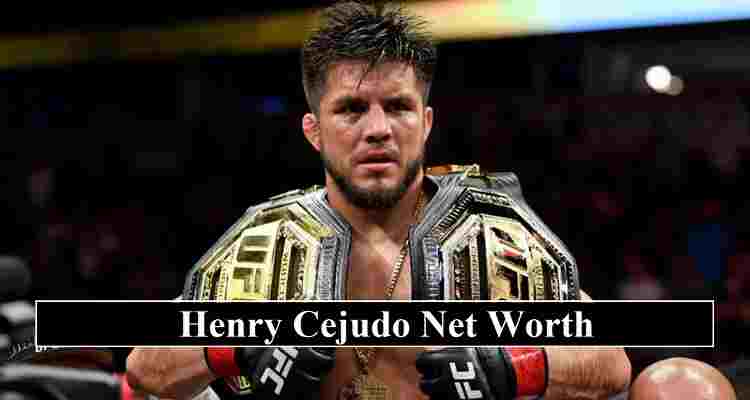 Henry Cejudo is a professional mixed martial arts fighter from United States. His career as pro mma fighter began from (WFF MMA) in 2013 and won debut fight against (Michael Poe). He rise to fame as mixed martial arts fighter after joining (Legacy FC). During year 2013 and 2014, he take part in two main events of Legacy FC and won both fights. In 2014, Cejudo signed new deal with UFC and won debut fight against (Dustin Kimura). Henry Cejudo net worth $1.5 million reported in 2019.

Henry Cejudo Purse Per Fight ($350,000) : After winning his fight from (Wilson Reis) at UFC 215, his purse payout increase. He earned 25% more money from his last fight at UFC 215. After UFC 215 fight card completed payouts details revealed according to that he make ($135,000) which include $50,000 guaranteed and $30,000 winning bonus and $30,000 from promotional bonus. His upcoming fight in UFC 249 schedule with Dominick Cruz on 9th May 2020, where he defend his (Bantamweight title). Endorsement deals increase his earnings, after the UFC 249 fights, the details promotional bonus announce and he made $40,000 from (Reebok sponsorship) and his other endorsement deals that boost earnings of Cejudo are (Everlast, MetroPCS, Onnit, and Body Armor).

All information based on earning details of the Henry Cejudo from UFC gathered from trusted sources. The details updated after each of his fight, he is currently best paid Bantamweight division fighter making $400k a fight in 2020.