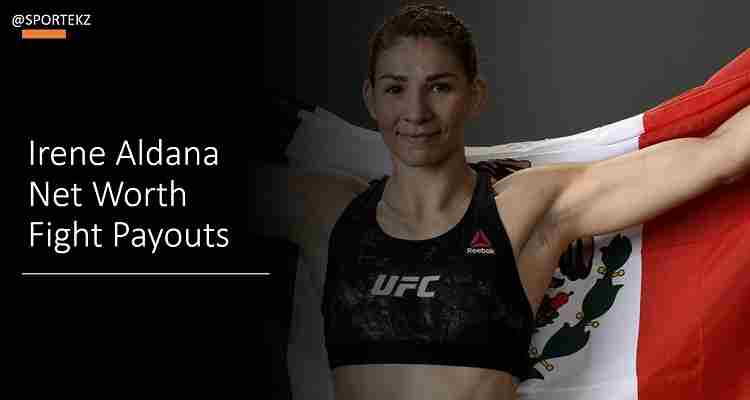 Aldana rise to fame as mixed martial arts fighter after joining the (Invicta fight championship) promotions. She made her debut against (Peggy Morgan) at Invicta FC 8 main event card. In 2015, she earned her first major title fight of the career at Invicta FC. Tonya Evinger defeat her on knockout decision at main-event of (Invicta FC 13) for Invicta FC Bantamweight Championship.

Irene Aldana Purse Per Fight ($75,000) : Aldana joined UFC in 2016 on long-term contract deal. It’s been three years she is active and taking part in the UFC fight. She lost her debut fight against (Leslie Smith) at main event of (UFC on Fox 22). A source reported that she earned $10k guaranteed money and $3,500 sponsorship bonus at UFC on Fox 22. The year 2019, increased her ranking in bantamweight category after back to back two fights. According to details she received $400k purse money from the fight with (Vanessa Melo and Ketlen Vieira).

The above information regarding to Irene Aldana career payouts at UFC and Invicta FC taken from trusted sources. Her upcoming fight schedule at fight Island 4 fight card with (Holly Holm).