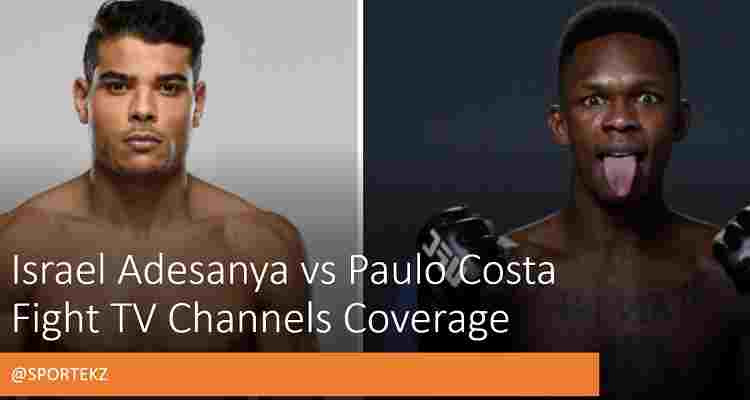 It’s second major pay-per-view fight for Adesanya in 2020. Before this fight, Adesanya defeat (Yoel Romero) at UFC 248 and retain his undefeated run in UFC career since 2018. He hold professional record of 19 fight wins which include 14 knockout results. He recently become the first mma fighter to earn sponsorship deal with (Puma) that makes him most marketable athlete in UFC.

Paulo Costa, had his last fight 12 months ago against (Yoel Romero) at UFC 241. After three rounds on unanimous decision Costa announced the winner of bout. He, is currently number of contender for the middleweight championship bout with (Israel Adesanya). The information for Adesanya Costa stream tv broadcasters taken from trusted sources. Most of the given channels in above table hold rights for UFC pay-per-views. BT Sports show coverage in United Kingdom and Main-Event channel hold rights in Australia.