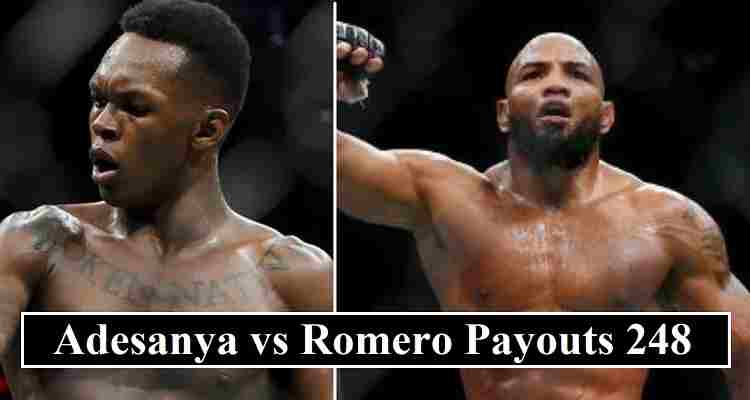 Israel Adesanya started his career in mixed martial arts in 2012. But rise to fame after getting signed with UFC. Adesanya won the first fight at UFC 221. In 2018, Adesanya knockout his opponent (Rob Wilkinson) in the 2nd round of UFC 221. He make $153,500 which include $100,000 his salary and $50,000 performance of the night bonus. Adesanya Romero purse payouts based on gateway income and pay-per-view sales.

Yoel Romero challenger for the UFC middleweight championship title at UFC 248. His previous fight record since 2018 not as good as Adesanya. He suffered back to back two defeats in 2018 and 2019. Robert Whittaker and Paulo Costa both defeated Romero. It’s a great oppertunity for Romero to make a comeback to UFC middle-weight division and to become new champion of the division.

Israel Adesanya Guaranteed Purse ($500,000) :Adesanya earn career highest purse money from the UFC 243, so far. According to reports of MMA he received ($490,000) overall pay from the event. His purse pay from 243, include $50,000 bonus of fight of the night and $40,000 sponsorship bonus. He get bit higher purse money for UFC 248, which include $500,000 guaranteed purse. Earnings increased to $590k which include sponsorship bonus and performance of the night or fight night bonus.

The financial information of both fighters based on their reported salaries for previous main card events. If there salaries increased or decreased updated in the given table later.