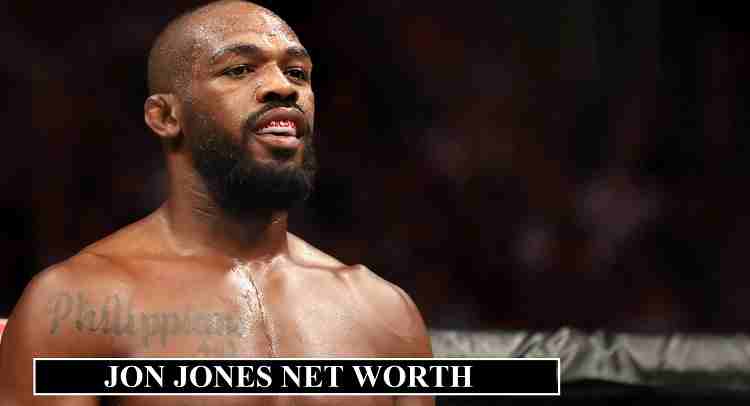 He is among the richest UFC fighters. In his first fight of UFC, Jones earned ($50,000). In 2009, Jones take part in three main card fights in two fights he dominates against (Stephan Bonnar) and Jake O’Brien. Jon Jones earned purse money upto ($120,000) from both fights which include $60,000 for winning and $60,000 for showing. He suffered defeat in third fight against opponent (Matt Hamill) in same year and make ($35,000) from the fight.

Jone Jones Purse Per Fight ($500,000) : Jones currently making $500k from each UFC main card fight. No winning bonus paid to Jon Jones. He earned more than $500k if he got selected for (fight of the night or performance of the night). He become UFC light heavyweight champion in year 2011 after winning from (Maurício Rua). Jon Jones successfully defended his title against some class fighters such as (Alexander Gustafsson, Daniel Cormier, Rashad Evans and Quinton Jackson). Jones making return to the UFC ring in 2020 and facing (Dominick Reyes) and his purse for the fight reported $500k.

Jones make $500k from the fight against (Thiago Santos) in year 2019. In UFC 235, Jones earn $500,000 no winning bonus money paid to him against (Anthony Smith). All financial data about Jones purse money, net worth collected from trusted sources of MMA and UFC.