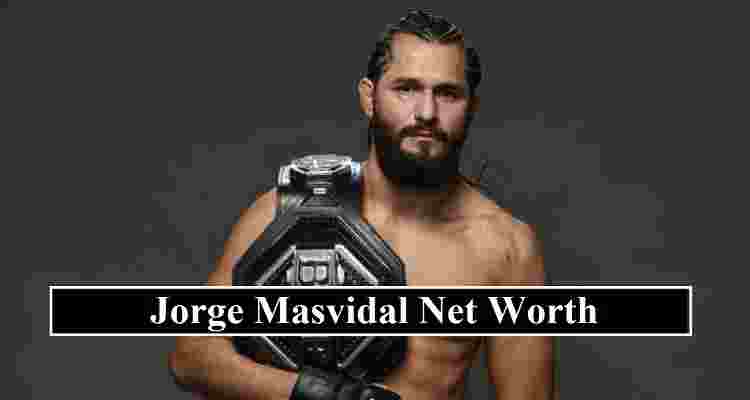 Jorge Masvidal one of the top welterweight mixed martial arts fighter from United States. He did great work on his technique and skills before fighting with (Usman Kamaru) this upcoming weekend at UFC 251. In 2003, he made professional debut in mixed martial arts. Before joining UFC, Masvidal fight for different promoters. His career began from (AFC) and defeat Brandon Bledsoe in the debut fight. Jorge Masvidal net worth reported $4 million in year 2019.

Masvidal rise to fame as mma star after signing with (Strikeforce). In 2007, he made official debut at Strikeforce main pay-per-view event and win the fight against (Matt Lee). In 2013, Masvidal signed new deal with UFC, that bring a massive change to his career in mixed marital arts fighting. He made headlines after winning back to back three fights in 2019.

Jorge Masvidal Purse Per Fight ($500,000) : Masvidal purse money double after winning first major fight of 2019. Fight Night 147 main-card schedule between (Darren Till and Jorge Masvidal). The pay-per-view sales higher than expected. According to mma sources, Jorge Masvidal received $66,000 to show and $66,000 for winning the fight against the opponent. He become the new symbolic (UFC BMF belt) holder after winning the fight from (Nate Diaz) in November 2019. His reported earnings per fight increased from $250k to $500k a fight. After successful year in UFC, Masividal returning to UFC ring on 12th July at in (UFC 251) title match.

The information based on Jorge Masvidal career earnings gathered from top sources of mixed martial arts. A source revealed that, Jorge Masvidal earned ($250k) from the strikeforce main-card fights. He received career highest purse before UFC at stikeforce upto ($38,000) which include $19,000 to show and $19,000 as of winning bonus against (KJ Noons) in 2011. The details based on his upcoming fight earnings updated here.