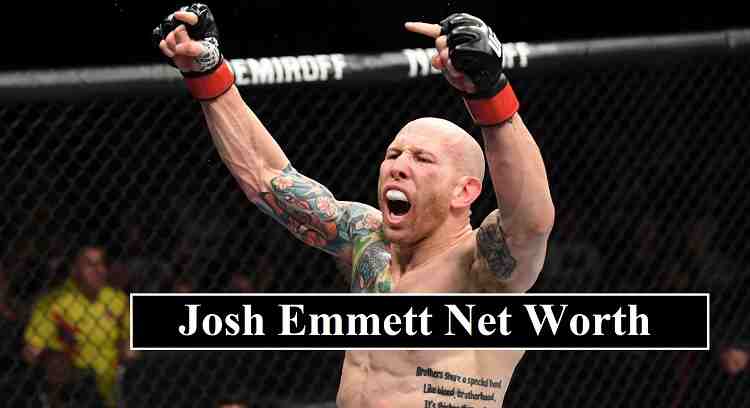 Emmett performed outstanding well in the (West Coast Fighting). According to reports, he won all six fights back to back in year 2013-14. In 2014, he become the WCFC lightweight champion after winning the fight from (Brandon Ricetti). According to reports, Emmett earn highest money upto $24,000 while fighting in (West coast fighting).

Josh Emmett Purse Per Fight ($50,000) : Emmett start receiving big pay checks after signing the new deal with (UFC) in 2016. The details of his contract never, revealed but a sources claimed that, Emmett received ($12,000) to show and $12,000 winning bonus for debut fight at UFC against (Jon Tuck). He fights in two division (lightweight) and (featherweight) in mixed marital arts fight cards. In 2019, he earned career highest purse money in a fight against (Mirsad Bektić) upto $153,000. Upcoming fight in UFC calendar schedule with (Shane Burgos) in UFC on ESPN 11.

The above information based on Josh Emmett career earnings from West Cost Fight Championship, Ultimate Fighting Championship gathered from trusted sources. The details of his earning updated here after main-card fight.