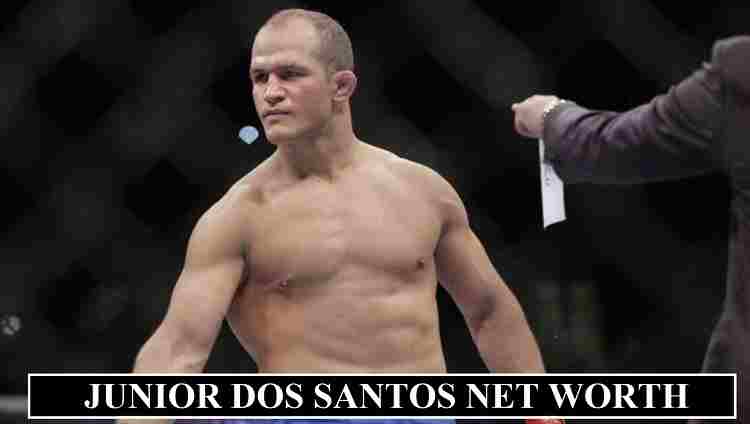 Junior dos Santos who is active in mixed martial arts career since 2006. Making his return to the UFC arena on 26th January against Curtis Blaydes. dos Santos make successful debut in MMA after winning fight against (Jailson Silva Santos) in 2006 at Demo fight 1 in Brazil. Junior Dos Santos net worth revealed online for the first time in year 2014 by MMA blog. According to their sources his net value upto ($2.5 million) in 2014.

If we talk about the richest mixed martial arts fighters dos Santos among one of them. His net worth reported to $10 million by Celebrity Net Worth. Before them a sports blog reported his net income $7.7 million in 2018 (TSM Sportz). According to reports, his earnings increased $500k per fight Mirko Cro Cop which include sponsorship bonus and winning bonus.

Junior dos Santos Purse Per Fight ($350,000) Junior dos Santos made highest purse money in the start of his career from fight against (Fabrício Werdum) in UFC 90. His reported purse payout in the fight said $60,000 which include ($30,000 guaranteed and $30,000 winning bonus). His earnings increased from $60k per fight to $200k per fight after winning fight Frank Mir in UFC 146. You can see more detail about his purse money in the UFC fights.

In the above table you can see the earnings of the Junior dos Santos from the UFC fights and career before joining UFC. All the information based on his purse payouts per fight collected from top sources of MMA. He earn highest money from the fight against (Stipe Miocic) at UFC 211. Santos make ($830k) which include $30,000 winning bonus. The salaries information updated after each fight.