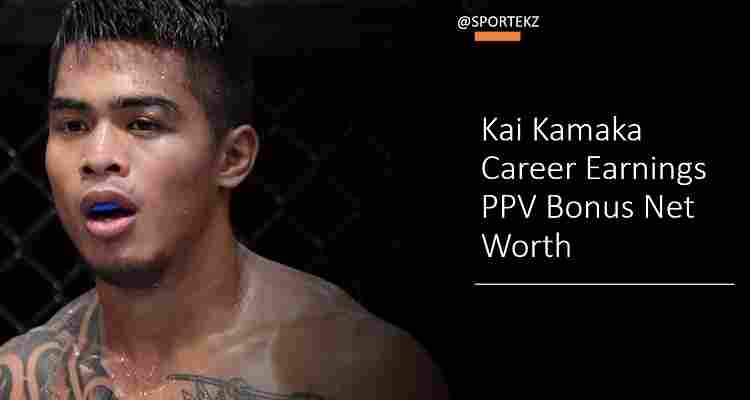 Kai Kamaka III is a professional mixed martial arts fighter from United States. He is currently active and on contract deal with UFC promotions. Before joining UFC, he hold deal with other promotions such (Bellator and LFA). In August 2020, Kamaka III made UFC career debut and win the fight against (Tony Kelley). He earned guaranteed purse money $10k for the debut fight at (UFC 252) fight card and his earnings maximum increased to $23.5k based on win bonus and sponsor payout. No details yet mention about Kai Kamaka net worth but source claimed that his total career payout maximum $50k in 2020.

The upcoming fight of Kai Kamaka take place with opponent (T.J. Brown) in UFC Vegas 25 fight pay-per-view card. The earnings of Kamaka increase from $10k to $16k per fight. If Kai Kamaka wins the fight against TJ Brown on this upcoming Saturday, he will earn purse $36k ($16,000 to show, $16,000 win bonus and $4,000 sponsorship payout). Complete details regarding to Kai Kamaka net worth and purse payouts updated after each of his fight in UFC career.