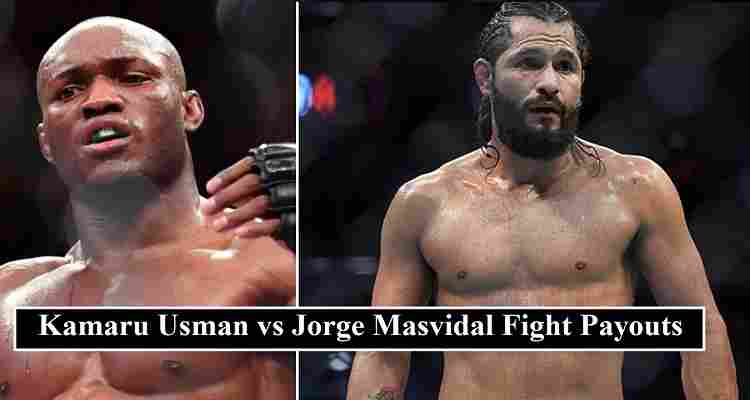 Kamaru Usman one of the most professional mixed martial arts fighter making return to the UFC ring in 2020. He made to the main-card event, held this upcoming weekend at UFC fight Island in UAE. Jorge Masvidal will be the opponent, Usman facing in the main-card event. Masvidal defeat Nate Diaz, in November 2019 on knockout decision, he will be a difficult opponent for Kamaru Usman. Usman Masvidal purse payouts at UFC 251, compare will be higher compare to previous fighters.

Jorge Masvidal after defeating Nate Diaz at (UFC 244) received career highest purse money $500,000. His earnings might remain the same, for the title fight against Kamaru Usman on this upcoming Sunday. But if any changes made to the earnings of both fighters details updated here later. The Usman Masvidal purse payout information in the above table based on their previous fight.

Since corona-virus pandemic, only Jones Jon and Alistair Overeem earn money between ($450k to $500k). Once the fight is finished the details of both fighters will be changed on base of their performance bonus.