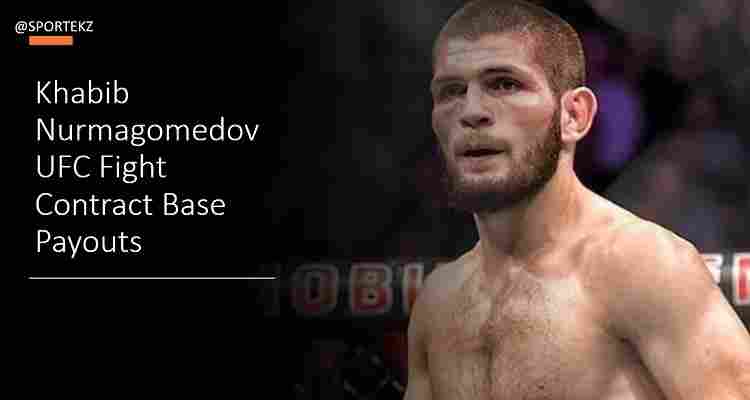 Nurmagomedov made professional career debut in year 2008 from MMA fight card (CSFU), Khabib defeat Vusal Bayramov in the first fight of his career, since 2008 until 2020 he is undefeated hold winning streak record 28 fights. In 2012, Khabib signed the new fight deal with UFC promotions after leaving ProFC. On 12th, January 2012 he debut in UFC defeat (Kamal Shalorus) on submission move, Khabib made $10,000 straight money and $10,000 as of winning bonus for debut fight.

Khabib Nurmagomedov Purse Per Fight ($3 Million) : Nurmagomedov fight contract improved he is currently making $3 million fight. He earned $3 million for the previous fight against (Dustin Poirier). Before that, Khabib made $2 million straight money from the rivalry fight with Conor McGregor at UFC 229. Some mma news sources reported that Khabib get paid $6 million for the fight against (Dustin Prior), but in past history of UFC no fighter received over $3 million purse.

The details of Khabib Nurmagomedov fight payouts updated here after each of his pay-per-view fight, he currently hold the contract deal with UFC fight promotions. There are rumors that the winner will get face Mcgregor next year.