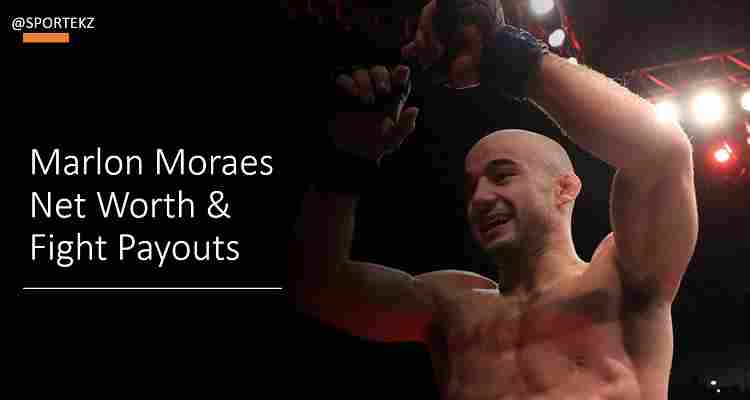 Marlon Moraes is a professional mixed martial arts fighter from Brazil currently hold contract deal with UFC fight promotions. In 2017, he made pro debut at UFC and lost the first fight of career from (Raphael Assunção) at UFC 212. Marlon Moraes net worth reported $2.5 million in year 2019.

Moraes career as professional mma fighter began in 2007, he defeat Bruno Santana in the debut fight of his mma career at (Brazil Fight Center 2). In 2008, he signed three fights deal with (Shooto) and participated in the main-card pay-per-view events. He rise to fame as professional mma star after signing long-term contract with world series of fight promotions. In the debut fight of WSOF: 1 main-card, Moraes defeat (Miguel Torres).

Marlon Moraes Purse Per Fight ($130,000) : Moraes purse money in UFC increase after winning fight from Aljamain Sterling in 2017, he received $152 for the fight which include ($70,000 to show and $70,000 bonus money) for winning the fight. In 2019, his purse for each fight increased to $100k guaranteed and will earn upto $200k for winning the fight. The above information regarding to Marlon Moraes taken from trusted sources of mma and updated after each of his fight in UFC contract.