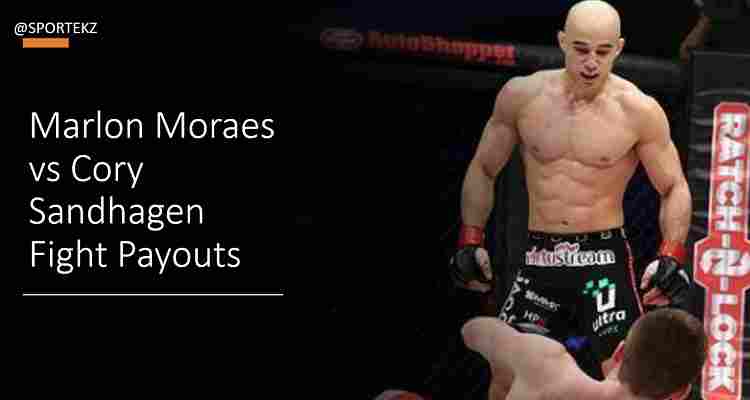 Cory Sandhagen did not get the ideal start of the UFC calendar 2020, he suffered defeat in first fight of the year from (Aljamain Sterling) after holding successful winning streak of 5 fights since 2018. In the fight against Sterling, Sandhagen earned ($84,000) guaranteed money and $10,000 as of promotional bonus. He will earn $110k guaranteed main fight night against (Marlon Moraes).

Marlon Moraes first fight of year 2020 confirmed at Fight Island 5 which is broadcast on ESPN+ and TV 3 in Baltic nations. Moraes in previous fight $100k guaranteed purse payout, he dominate against opponent (José Aldo). Before that fight, Moraes lost the chance to become the new Bantamweight Champion of UFC after facing defeat from (Henry Cejudo) in the third round on knockout.

The given information regarding to Moraes Sandhagen purse payouts based on their current running contract with UFC and previous fight salaries. Complete details will be updated after the fight on performance based bonuses.