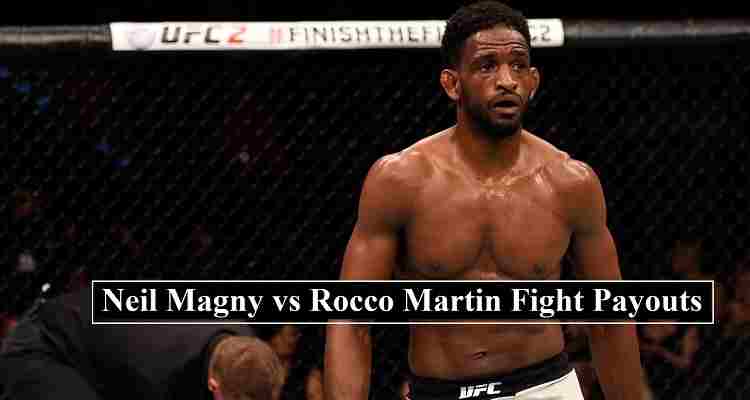 Neil Magny returning to UFC ring after winning previous fight against (Li Jingliang) at UFC 248. Magny return to Ultimate fighting championship after 2018. Corona-virus pandemic changed the overall calendar of UFC fights and venue. According to new dates and venue, Magny will take on Rocco Martin at UFC 250 on 6th June 2020. Magny Rocco Martin Purse payout confirmed for the fight.

Anthony Rocco Martin take part in three fights during the year 2019. He dominate his opponent in two fight while suffered defeat from Demian Maia. After Fight Night 163 event completed, the details of each fighters earnings released. According to “MMA Mania” Rocco Martin earn $90,000 from the fight which include $40,000 to show, $40,000 winning bonus and $10,000 (fight week incentive pay).

In the above table you can see the predicted salaries for the both fighters. The salaries of Rocco Martin and Neil Magny based on their previous fights. If any changes made to their current earnings at UFC 250, the details updated here later.