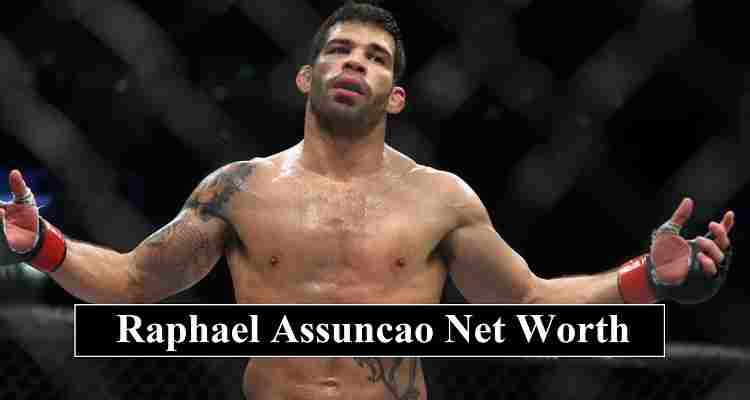 Raphael Assuncao made professional mixed martial arts debut in year 2004. He won debut fight against opponent Chris Clark in (ISCF: Friday Night Fight). He rise to fame as mma fighter after signed up with (World Extreme Cagefighting) in 2009. Raphael Assuncao net worth reported $3 million in year 2019.

Assuncao defeat Jameel Massouh in his first fight at World extreme cage-fighting event. The details of his earnings for the fight later revealed according to the details Assuncao make ($18,000) from the fight which include $9,000 to show and $9,000 for winning the fight. He received career highest purse money bonus at (WEC 52) against opponent (L.C. Davis). According to reports, he get paid $13,000 to show and $13,000 as of 100% winning bonus.

Raphael Assuncao Purse Per Fight ($85,000) : Assuncao after leaving the platform of World extreme cagefighting joined (UFC) in 2011. He face defeat in debut fight at UFC 128 from Eric Koch. After the main ppv event ended, the details of all UFC 128 fighters salaries revealed, Assuncao make ($15,000). In August 2011, same year 2nd fight Assuncao schedule (Johnny Eduardo). He won the fight after three rounds on unanimous decision. His reported salary from the fight ($30,000). The contract with UFC, of Assuncao improved with increment in earnings, in 2018 he start getting paid $70,000 for each fight held in UFC calendar.

All information based on Assuncao career fights money collect from trusted sources. His sponsorship earnings double in last three years and making $15,000 from each fight.