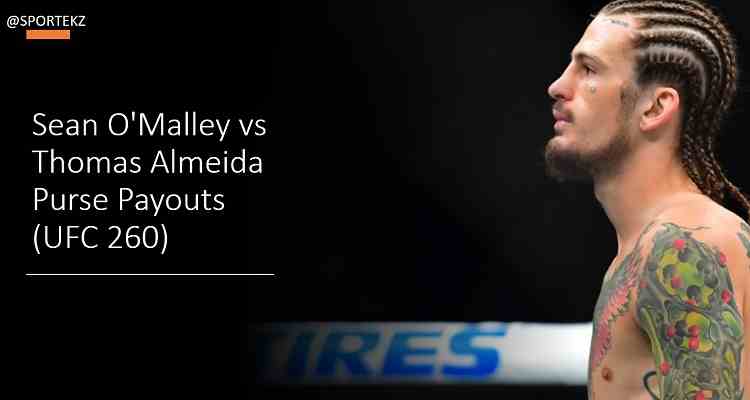 Thomas Almeida, got a great chance to make successful comeback, he lost back to back three fights. He did not participate in 2019 UFC fight events, last year he made single fight appearance, Jonathan Martinez dominate him after three rounds at UFC Fight Island 6.

Sean O’Malley, hopeful to get a winning start in UFC 2021 season, he recently joined the top paid bantamweight fighters, his earnings in 2020 increase from $45,000 a fight to $150k guaranteed. He will earn $300k if win the fight from (Thomas Almeida), at UFC 260. If any changes to O’Malley Almeida purse payouts details updated here later.