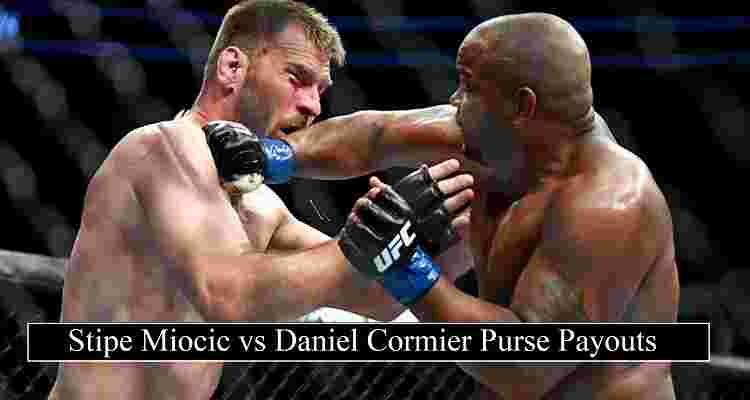 UFC 251, take place last month break all previous pay-per-view sales records during the covid-19 pandemic. The fighters earn big money from the fight, Kamaru Usman the winner of the main-card fight earn $600,000 which makes him second best paid fighter in UFC 2020 after Conor Mcgregor. It’s a re-match held between Stipe Miocic and Daniel Cormier on 15th August behind the close doors. Miocic Cormier purse payouts based on their pay-per-view sales.

Stipe Miocic the American professional heavyweight fighter made two appearances in 2018 and one in 2019. In all three fights he earned straight money upto $750k. He become best paid fighter after Conor Mcgregor, Brock Lesnar and Jon Jones with ($2.5 million) including ppv bonus money and sponsorship earnings between 2018-19. Some fighters contract retain same as they have previously with UFC. He will make ($750,000) straight money in re-match and also $40,000 sponsorship bonus.

Daniel Cormier, it’s a great chance for him to get the heavyweight title back that he lost in first meeting at UFC 241. The earnings for Cormier will be $500,000 or possibly he will earn ($600,000) if manage to win the heavyweight re-match he may $100,000 winning bonus money.

The current given details of Miocic Cormier purse payouts based on their previous fight salaries. After UFC 252, fights take-place all details will be updated regarding to fight of the night and performance f the night bonus. The Athletic reported that ($1.5 million) generated from UFC 251 pay-per-view sales.