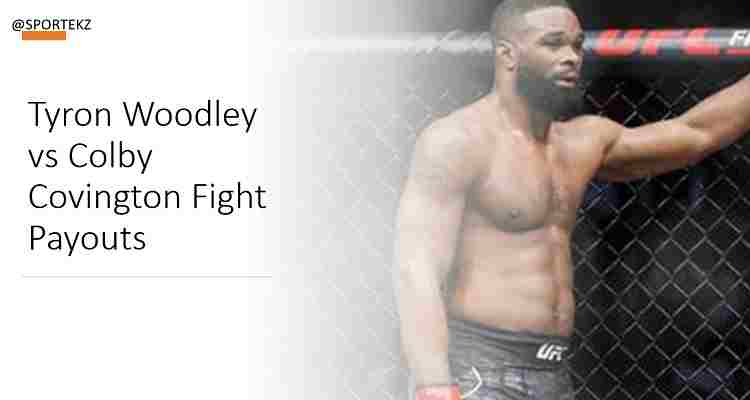 UFC 253, is just week away before that promotions released their fight card for (fight night 178). The main-card feature two big fights one between Colby Covington and Tyron Woodley. The other one between Donald Cerrone and Niko Price. Woodley Covington purse payouts based on their previous earnings reported ahead of their fight.

According to reports, Tyron Woodley who won 19 professional fights in his mixed martial arts career will make straight money upto ($350,000). He will received $40,000 reported sponsorship bonus for the fight earnings increased $440k if he got selected for ($50,000) performance of the night bonus.

Colby Covington in his recent fight with Usman Kamaru received $500,000 purse payout at UFC 245. At UFC fight night 178 he will received maximum payout of $300k for the fight against Woodley. Promotional bonus payout for the fight reported $30,000.

Complete information regarding to both of the UFC fighters Woodley Colby Covington purse payouts updated after main-event. The details taken from mma sources figures are based on their previous fight earnings and contract with UFC in 2020. No gateway income generated as fight held behind close doors all money come from UFC Vegas 11 pay-per-view sales and tv money.