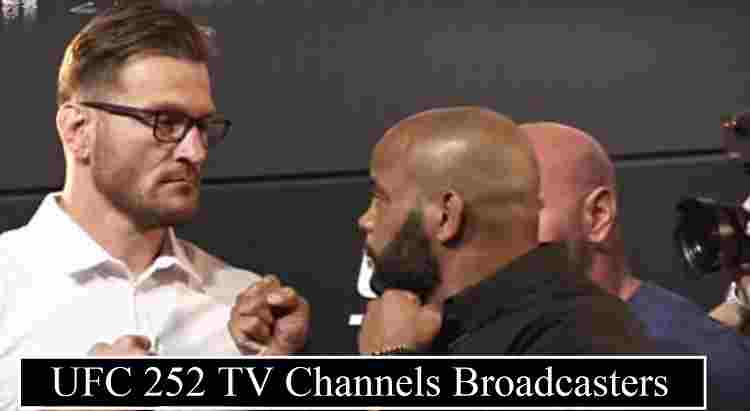 The fight card of UFC 252, confirmed two of the best heavyweight fighters back in action. This is the third time when these two heavyweight fighters Stipe Miocic and Daniel Cormier will fight. In July 2018, the first fight held between these in main-card of (UFC 226) Cormier defeat Miocic on knockout decision in the 1st round of the match. UFC 252 stream channels in United States and United Kingdom announced.

Sean O’Malley the most improved fighter in UFC 2020 fights, will be fighting in the co-main event card against (Marlon Vera). He recently earn big money from clothing, and looking forward to launch his own apparel line after making $20,000. The fight will be a great chance for him to earn title-fight in 2020 after defeat (Vera). The pay-per-view UFC 252 stream on mobile through (ESPN+) in United States. BT Sports hold official coverage rights in United Kingdom.

Junior dos Santos, Jairzinho Rozenstruik, Herbert Burns and John Dodson fights in main-card confirmed. According to reports, the main-card fights broadcast live on ESPN and ESPN+. In 2018, a report revealed that some selected UFC main-event cards broadcast on (TV5 and AksyonTV) in Philippines for free. In Mexico, recently UFC fight broadcast free on (Fox Sports and Fox Premium).