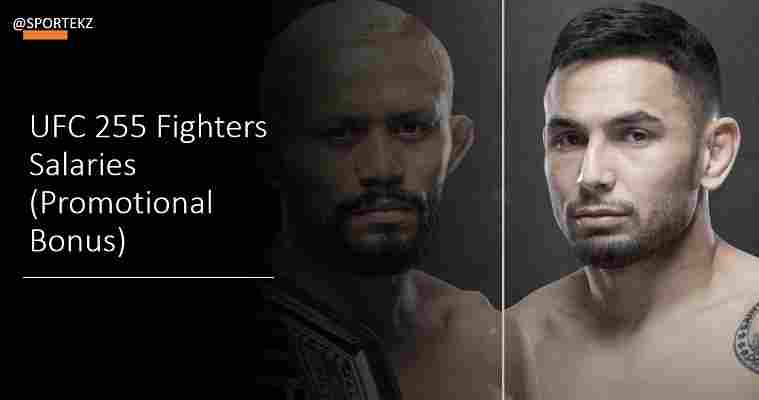 The biggest pay-per-view card after UFC 254 set for November where Deiveson Figueiredo, will defend his flyweight title for the first time against Alex Perez. The co-main event is another title fight between Valentina Shevchenko and Jennifer Maia for women’s flyweight title. This pay-per-view take place in United States behind close door at Las Vegas venue (UFC Apex) arena on 21st November 2020. The UFC 255 salaries purse payouts details were based on fighters current ongoing and improved contracts.

Mike Perry, is the only fighter this weekend who miss the weight class there will 20% to 30% purse fine which is after the fight given to his opponent. His fight schedule with opponent (Tim Means). Kyle Daukaus, Dustin Stoltzfus, Louis Cosce, Sasha Palatnikov all were making debut at UFC 255 behind close doors at Apex arena in Las Vegas.

The debut fighters will earn guaranteed money $10,000 winning fights increase their total amount to $20,000. They will received fixed amount of $3,500 from sponsorship. Further details regarding UFC 255 salaries purse payouts updated after the event completed including pay-per-view sales revenue and winning bonuses.