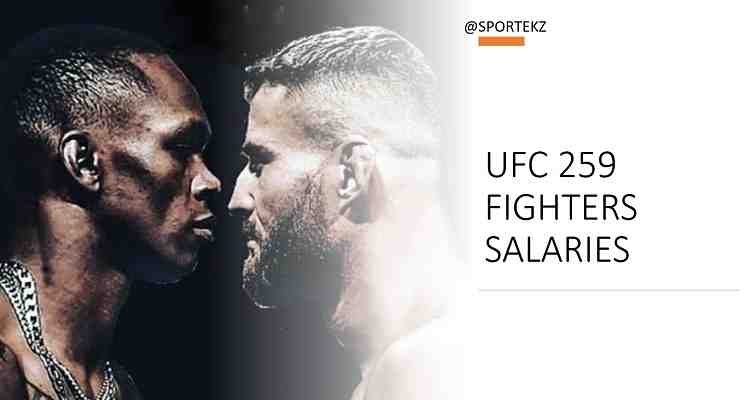 The complete detail regarding UFC 259 salaries and fighters purse payouts later, after performance of the night and knockout of the night bonuses announced for the fighters.