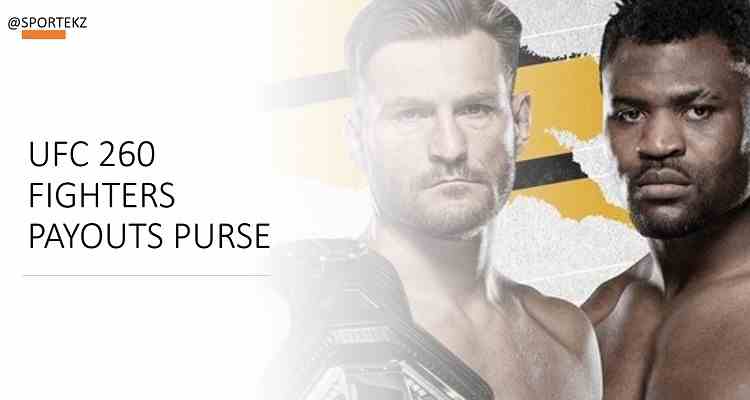 The co-main event of main pay-per-view take place Tyron Woodley and Vicente Luque. Third fight of the fight card take place between Sean O’Malley and Thomas Almeida. O’Malley hold winning streak of 5 fights but last year, his streak ended by Marlon Vera in the first round on knockout decision.

Gillian Robertson and Miranda Maverick both of their fights schedule in the early preliminary round, but changes made to the UFC 260 card before the pay-per-view date and now their fight take place in main-card before O’Malley and Almeida fight.

Complete details regarding to UFC 260 salaries purse payouts for the fighters updated once the event completed. Promotional bonus improved for fighters after Venum deal.