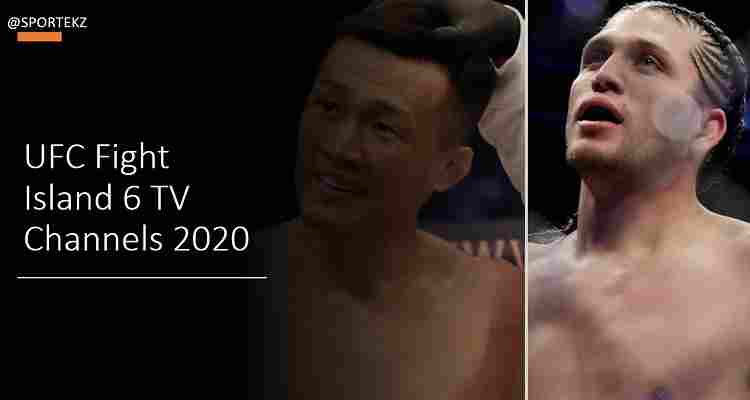 The pay-per-view card which is also known for the name of UFC Fight Night 180 feature the co-main between Katlyn Chookagian and Jéssica Andrade. Main-card of the fight island 6 began at 7:00 AM ET in United States. Muslim Salikhov fight confirmed with Cláudio Silva in the main-card but due undisclosed reason he pullet out and it’s been confirmed that Silva now face James Krause.

Another fight that is changed before the fight card announced for weekend, Mounir Lazzez who will fight against David Zawada, pulled after being test positive for the Covid-19 and later the fight remove from the card. BT Sports hold rights for the main-card events and preliminary events in United Kingdom. The Korean fans can watch through the main event card fights through UFC fight pass. The UFC 254 fight card and tv broadcasters also announced.

In Portugal, the coverage of fight island 6 broadcast on (Sport TV). The above details regarding UFC fight 6 island stream tv broadcasters based on the channels that hold rights for UFC pay-per-views and broadcast them regularly in their territories. The main-card event between Korean Zombie and Ortega reported to began at 10: 00 AM ET in United States.