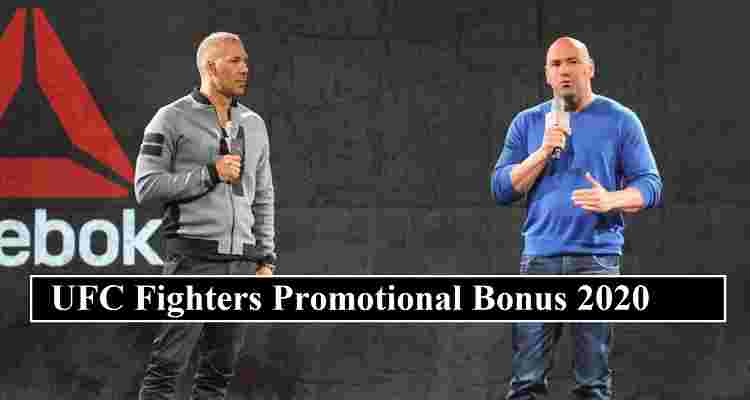 UFC fighters earned salary based on their contract deal but their earnings increased on base of sponsorship money which is also known (Promotional bonus). Since corona-virus pandemic changed the schedule of UFC fights the promotional bonus for fighters decrease from $40,000 to $15,000 for main-card fight fighters. In 2012 (UFC) paid bonus from $20,000 to $120,000 which is later changed to $50,000 fight of the night and performance of the night. UFC fighters promotional bonus increased in 2020, after UFC 251 and fights move to new venue (fight island).

The current sponsorship deal of UFC is with technical supplier (Reebok). The deal ends in 2020 and there are rumors that “Dana White” CEO of the company looking for new partners in 2021. A source revealed, that the deal with (Reebook) valued at $70 million which will end in 2020 (ESPN).

In the above table you can see how much the main-card and preliminary card fighters earn from sponsorship. Kamaru Usman recently defeat his opponent (Jorge Masvidal) their sponsorship bonus split is (60/40). Kamaru received $40,000 (win or loss) and Masvidal received ($30,000) win or loss. The bonus money remain same for both of the fighters.

The current information based on UFC fighters promotional bonus collected from trusted sources. The details will be updated once UFC signed new contract with Reebok or if they change their partners in upcoming season.