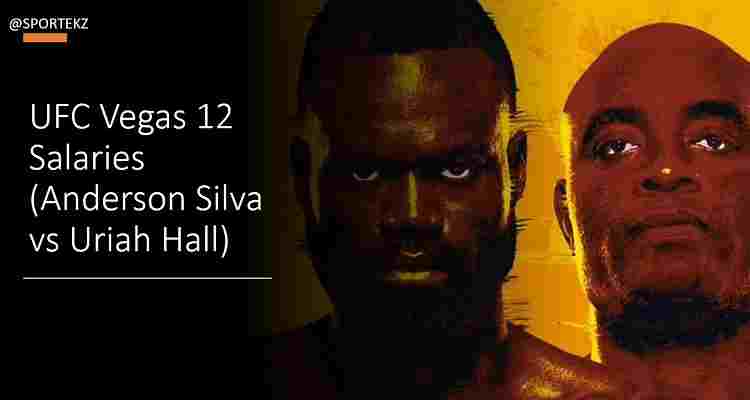 The biggest payday will be for main-event fighters, Anderson Silva will make guaranteed purse money of $750,000 no winning bonus his earnings increased $770k based on sponsorship money bonus ($20k). Uriah Hall made maximum purse of $150k if manage to pull victory against Silva will received 100% which increase purse $310k based on sponsorship and winning bonus payouts.

Andre Fili third best paid fighter at UFC fight night 181 in Apex Center, he will earn $75k guaranteed and total money based on winning performance ($150k) for Fili. The purse money for some fighters decrease and given to their opponents after missing the weight at UFC fight night 181. Jack Marshman and Cole Williams both missed weight their 20% to 30% purse deducted and given to the opponents. ESPN+ and ESPN hold coverage rights for (UFC Vegas 12) pay-per-view card.