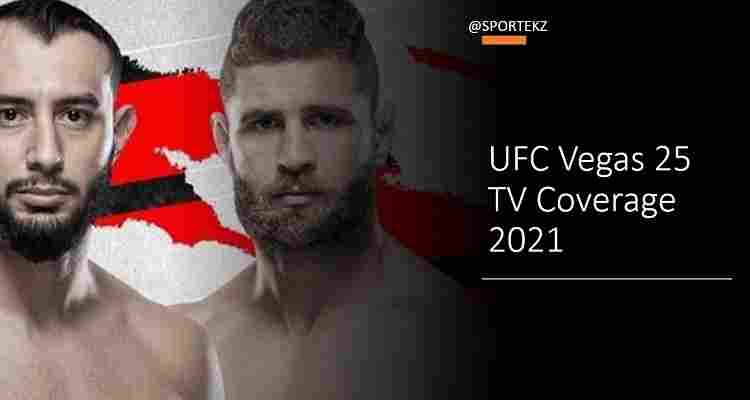 Dominick Reyes who is considered one of the toughest opponents in light heavyweight division confirm his return, he will be facing Jiří Procházka in main pay-per-view fight of UFC Vegas 25. Previously there fight reported take place in January 2021, due to injury of Reyes. UFC Vegas 25 stream channels for the upcoming pay-per-view event confirmed.

Cub Swanson, will fight Giga Chikadze in co-main event. A fight between Ion Cuțelaba and Devin Clark reschedule, according to news sources, Clark pulled out of the fight card due to injury and replace by Dustin Jacoby who will fight now (Ion Cuțelaba) in main-card.

The official rights of the UFC Vegas 25 fight card hold by (ESPN and ESPN+) in United States. BT sports app provide UFC Vegas 25 stream coverage on mobile. If you still can not find your country in the above channel list, UFC fight pass provide the access to mma fans to watch any main pay-per-view event.