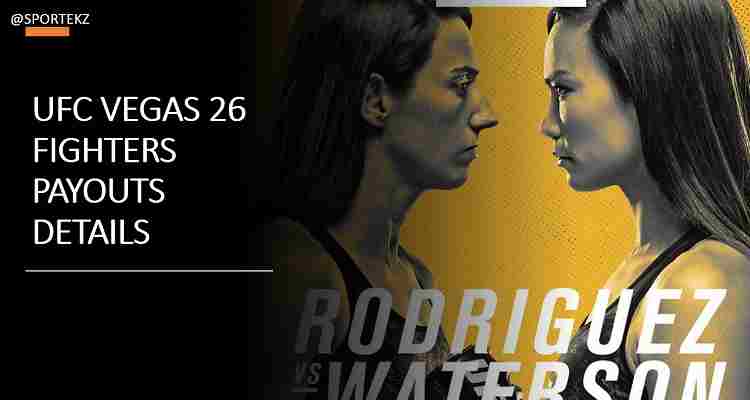 Complete UFC Vegas 26 salaries and earnings based on fighters performance of the night bonus and fight of the night updated after pay-per-view finished. Carlos Diego Ferreira missed the weight which means 30% of his purse money deducted and paid to his opponent. The reported Carlos Diego Ferreira purse UFC Vegas 29 upto ($96k) including sponsorship money, from which $28.8k awarded to Gregor Gillespie.

If any changes made to the UFC Vegas 26 fight card or fighters purse payouts details will be updated here later. Neil Magny and Donald Cerrone two earn most sponsorship money based on their fight contract.