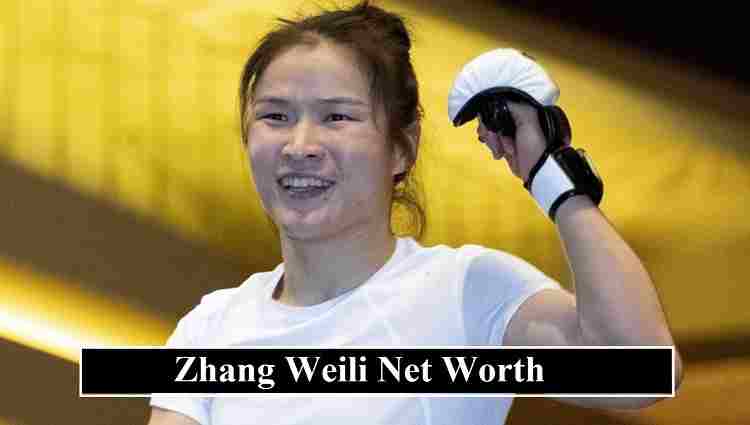 Zhang Weili one of the top professional mixed martial arts fighter from China. She signed the contract with UFC in 2018. Her first fight schedule in the year 2018 against (Danielle Taylor) at UFC 227. She earned $28,000 from her first fight which increased to $31,500 which include $3,500 sponsorship earnings. Zhang Weili net worth revealed in 2019 after her fight with Andrade upto ($1.5 million).

Zhang Weili Guaranteed ($150,000) : Weili purse money per fight increased to $150,000 which include winning bonus. She is among best paid Asian MMA stars in Ultimate Fight Championship currently active. Zhang Weili earn career highest money $180k for the fight night 157 which include $50,000 performance of the night bonus and $10,000 sponsorship earnings. Weili make $150k from her career at (Kunlun Fight MMA) events.

All her payout details gathered from reported salaries from the main-pay-per view card. Weili earning details updated after each of her main card fight in UFC 2020.

The upcoming fight of Zhang Weili confirmed she will defend her title against (Rose Namajunas) at UFC 261. According to details she will earn guaranteed purse of ($350k) for the title fight. Complete details regarding to Weili, UFC 261 purse updated after main-event including ppv bonus and sponsorship bonus.