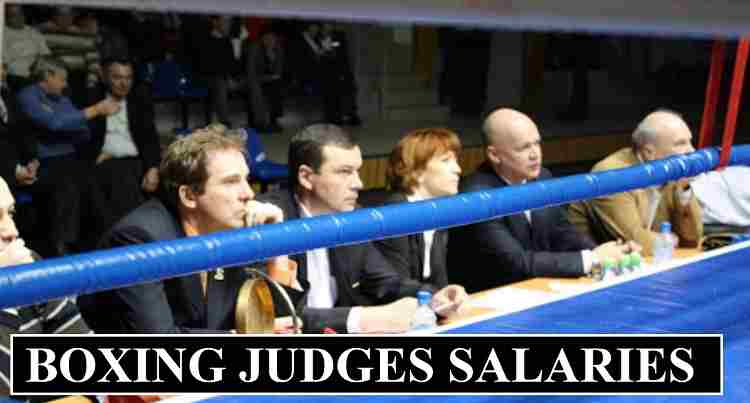 Boxing match is incomplete without Judges. Boxing organization and promoters choose the best judges for the high profile event. But how much do they get paid for their services during the fight outside of the ring. Mayweather vs Pacquiao fight judges received $20,000 salary from the fight at the end. According to reports judges get travel expenses and living cost during the fight week from promoters. Boxing judges salaries revealed in 2019, by TSM sportz. The web site reported a judge in boxing matches earn annually $500,000.

Professional Boxing Judge Salary ($10,000) : It depends on promoters how much they do paid extra to boxing judge. If the fight pay-per-view generated more than expected revenue judges in boxing earn $25,000. One of the highest paid judges in boxing so far is from the fight between Mayweather Jr and Pacquaio. According to reports the fight generate $500 million revenue, match referee earn $25,000 and all three boxing judges who scored the numbers of 12 rounds earn ($20,000).

Boxing Judges High Profile Fight Fees ($20,000) : Top boxing promoters choose the best judge for the high profile fight. Anthony Joshua vs Ruiz 2 fight judges make ($10k) from the fight. Wilder vs Fury boxing judges earn ($20k) each from the fight. Promoters not paid them but also give them free expenses for travel, hospitality and others.