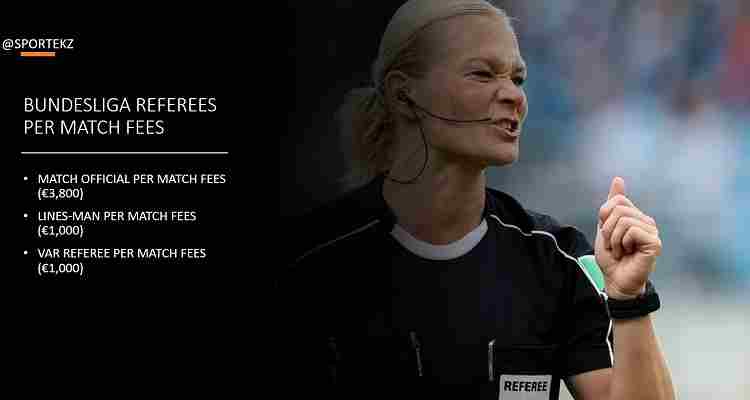 German Bundesliga 2020-21 season dates announced. The professional referees and lines-man details also released for the upcoming season of Bundesliga. Deniz Aytekin, Felix Brych, Bastian Dankert and Felix Zwayer joined will be part of the 2020-21 match officials. Bundesliga Referees salaries based on their selection and contract with league.

A report in year 2019, revealed the salaries of referees who selected for the European league. According to their data, a professional referee in German Bundesliga earn €3,800 per match fees and his earnings double when got selected for the champions league match official duty.

The above details based on German Bundesliga referees salaries 2020-21 taken from trusted sources. Deniz Aytekin, Felix Brych and Tobias Stieler selected for most of the games last season. Their earnings were close to (€60,000) after selected more than 15 games in Bundesliga season 2019-20.