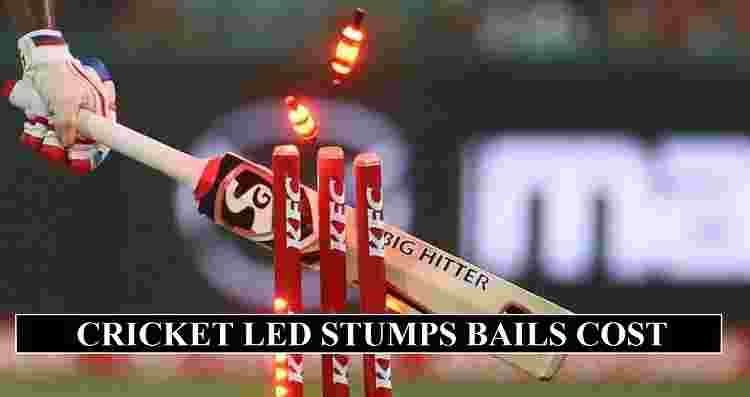 In India these Led Stumps bails used in Indian Premier League. Most of the cricket leagues worldwide used (Zingology) technology based stumps in the matches. The invention of the led stumps bails introduced by Australian mechanical industrialist (Bronte EcKermann). Zing System based first led stumps used in Big bash league season in 2012 season.

Later on other leagues and ICC introduce these stumps and bails for the tournament. But these stumps are costly In India you have to pay (Rs 30 lac) and in Pakistan (Rs 47.5 lakh) to purchase these zing system led bails. In England, the price of these led bails maximum (£23k) and used in Vitality T20 blast.

The led stumps introduce for the first time in International tournament during 2016 (ICC World Twenty20) host by India. Traditionally the stumps and bails mostly made of woods but now replaced with wickets made of (composite plastic, LED lights) which flash once the ball or bat touch to the wickets. The usage of Led Stumps confirmed by ICC in year 2013. Than the flashing led stumps become part of many domestic and international matches worlwdie.

One thing change after introduction of flashing led wickets in International tournaments and matches, clutching stumps after victory is now a past thing, because these wickets made of hundred thousand dollars and expensive technology used based on “microprocessors” in it.

All information based on the wickets cost gathered from trusted sources of cricket, if the price decrease or increase in future the details updated here later.