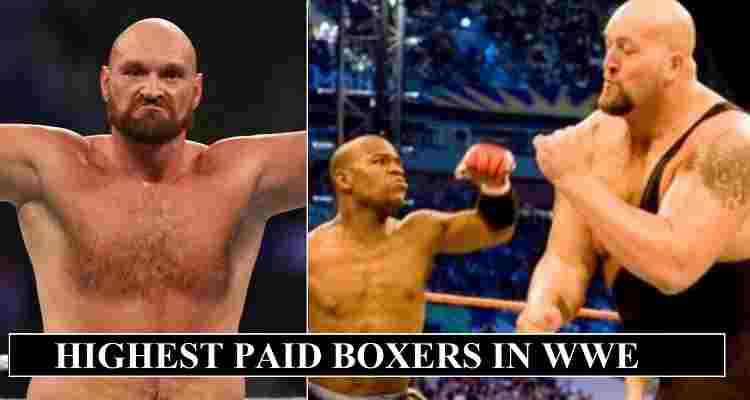 Some fights increase the revenue of main pay-per-view of events of WWE. Professional boxers take part in the main-card of WrestleMania. But some boxers earn more money compared to wrestlers. Floyd Mayeather Jr appearance at WrestleMania XXIV made him highest paid in WWE. According to reports, Mayweather Jr make ($20 million) for a single fight. Highest paid boxers WWE PPVS list lead by (Mayweather Jr).

Mayweather Jr got challenge by Big Show at No Way Out. Which is accepted by Mayweather Jr for no disqualification match. A sports source revealed the earnings of Mayweather Jr in 2008, according to them he earned almost $20 million for winning the fight against Big Show. The pay-per-view buy rate is maximum than previous Wrestle-Mania main card ppvs buy rate.

Almost after a decade, Boxer comes head to head with professional wrestler. Tyson Fury earn $15 million reported, by number sports sources from the fight against Braun Strowman at (Crown Jewel) main card. The fight is based on singles match rules and Fury dominate against Strowman. The earnings from the fight make 2nd highest paid boxers after Mayweather Jr.

In 1998, Tyson become headline in WWF (World Wrestling Federation). According to a report, Tyson received big sum of $3.5 million for guest ring enforcer during the match between (Stone Cold and Shawn Michael’s). His short term appearance, increase WWF’s popularity.

All financial information based on guest celebrity appearances in WWE gathered from top sources of Wrestling. The details will be updated if any other boxers appear in WWE main-event in upcoming years.