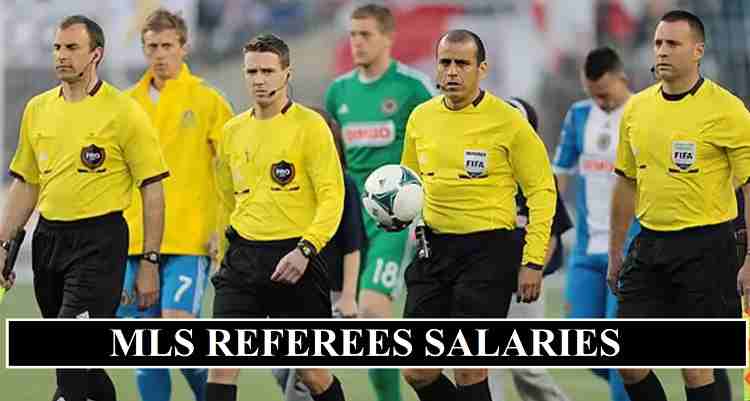 Major League Soccer starting from 28th February the match official list announced for the season. How much a match referee get paid in MLS match and season. A sports magazine in 2018, revealed the MLS referees salaries. According to their sources, contract base referee earned $600 per match. Referees who got selected for all stars match received $2,500.

Professional MLS Referee Salary ($850): Each year contract offered to match referees on base of their performance. According to reports a match referee get paid $500 to $850 per match. Total 816 matches played in MLS season each team play 34 matches. A referee with most games in a season make maximum $55,000 at the end of the season.

Rookie MLS Referee Salary ($150): Rookie match referee only selected for few matches. Mostly they replaced the injured or in-active match official for MLS. A rookie referee in MLS maximum earn $150 per match. After 2-3 years of experienced in MLS league gets the professional contract according to (TSM Sportz).