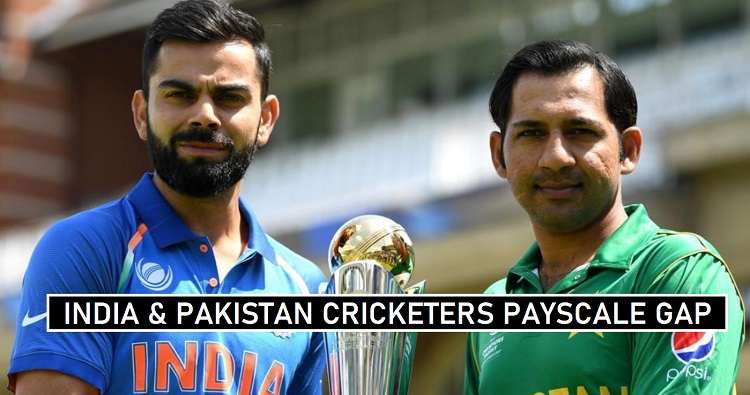 Pakistan recently improved their cricket system. But still BCCI is stronger than any other board of cricket. Pakistan & Indian crickets pay gap rise from 2.5% to 25% in past 10 years. BCCI introduce the T20 league in 2008. Which play key role in the investment of cricket in India. PCB announced central contracts each year. Pakistan Indian cricketers pay gap increased after the introduction IPL in 2008.

India give contracts to their players on base of their performances in IPL and international cricket. The salaries gap between both cricket team’s is massive. The starting salaries of India player;s is bigger than Pakistan top paid cricketers.

Currently there is no increase in the players salaries of Pakistan players. Even PCB removing some players from centrals contracts list (source). India (C) category player earn 10% more money than Pakistan (A) contract holding players. The above detail of players salaries and retain fee taken from (Cricket Country, Cricket 2x, Cricket Monthly and Sports Keeda).

BCCI offered many new contracts to players that recently become famous from the Indian Premier League. PCB developing back their domestic cricket and bringing new players to contracts from the local clubs. Prime Minster Imran Khan looking into the matters of cricket and making sure that cricket system become better before the next world cup.